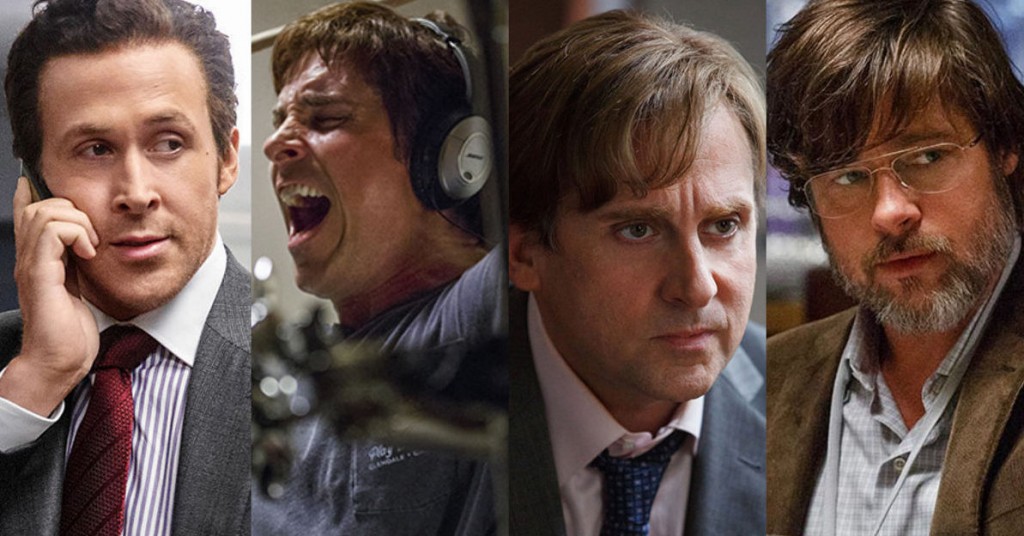 If you haven’t watched The Big Short yet, I strongly recommend you to do. It’s a great movie concerning trading and the global financial crisis (2007-2008). You’d be amazed at the storyline and suspense that this movie has to offer.

But if you have watched this amazing movie, however, then we have four other similar movies to recommend you. Movies that you should definitely put on your must-watch list. 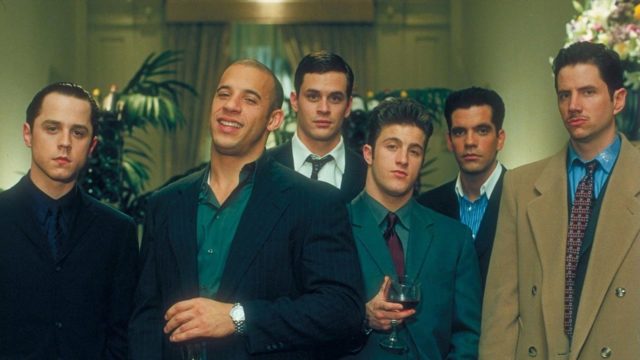 Directed and written by – Ben Younger

Plot:
Even though he is a college dropout, the nineteen-year-old Seth Davis manages to make a living by running an illegal and small local casino in his home. Something that his father, Marty (A federal judge), doesn’t approve at all.

But one night, a wealthy person named Greg Weinstein comes by the casino to play blackjack. That night Greg offers Seth to join a brokerage company called J. T. Marlin. Seth accepts the offer. But later on, Seth finds out that J. T. Marlin is corrupted and that it uses its brokers to allure buyers into  investing in companies that never or no longer exist.

Seth is devastated when he is tricked into tricking one of the stock market buyers, Harry Reynard, who thanks to Seth, loses everything he has. Then Seth confesses everything to his father and wants them both to reveal the fraud of J. T. Marlin.

At first, Seth’s father seems reluctant to accept, for he is afraid that he might lose his job as a federal judge if something goes wrong. But then he accepts. Both Seth and his father succeed in closing down J. T. Marlin, though not alone, the FBI gets involved in the case as well. 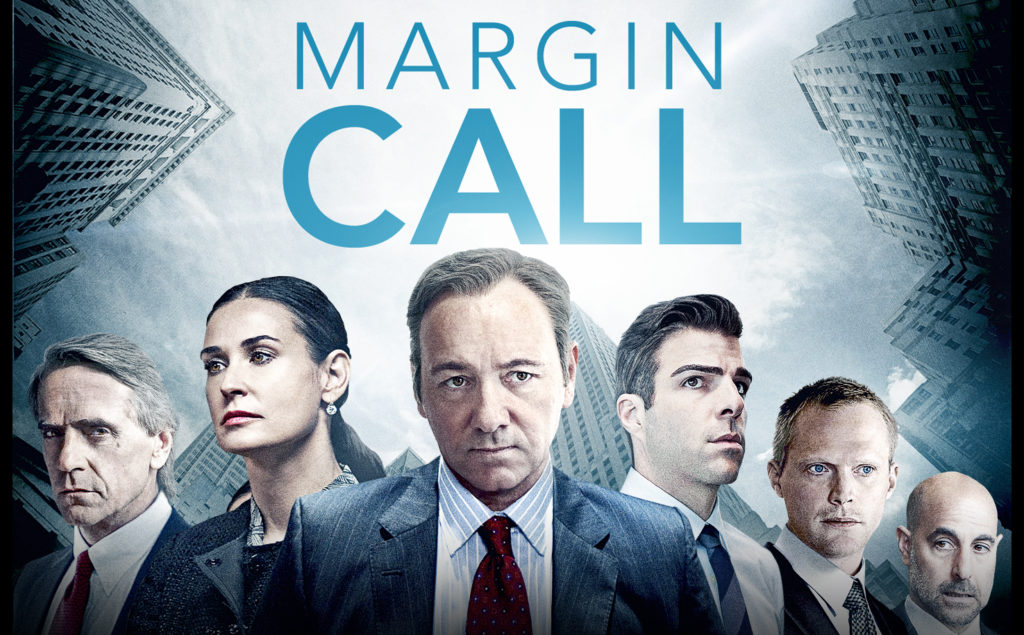 (A great finance-based movie that will keep you excited and thrilled from the very begging till the end. Besides, you’ll learn something more about the global financial crisis too)

Plot:
A company starts to fall in the abyss of the global financial crisis (2007-2008). During the beginning of the movie, no one is aware of any lurking financial menace. Eric Dale from the department of risk management – is the first person who is on the edge of discovering that the company is moving straight towards bankrupt, but his project isn’t finished.

At first, no one believes in his project, and he is flanked by security out of the building for good. But on his way out, he stumbles across one of his colleagues, Peter Sullivan – also from the department of risk management. Eric hands over a USB stick to Peter by casting him a furtive you-have-to-finish-this look.

Peter, working late at night on finishing Peter’s project, uncovers some shocking facts. The value of the company’s mortgage-backed securities is rapidly decreasing. Peter informs posthaste some of his colleagues about the financial instability that they’re facing. The bad information spreads fast and reaches to the division head, Jared. There is an emergency meeting.

The firm makes some plans on how to financially survive – and Eric is called to be part of those plans at the threat that he’d lose his severance payment, among other things, if he doesn’t agree to do it.

The Wolf of Wall Street 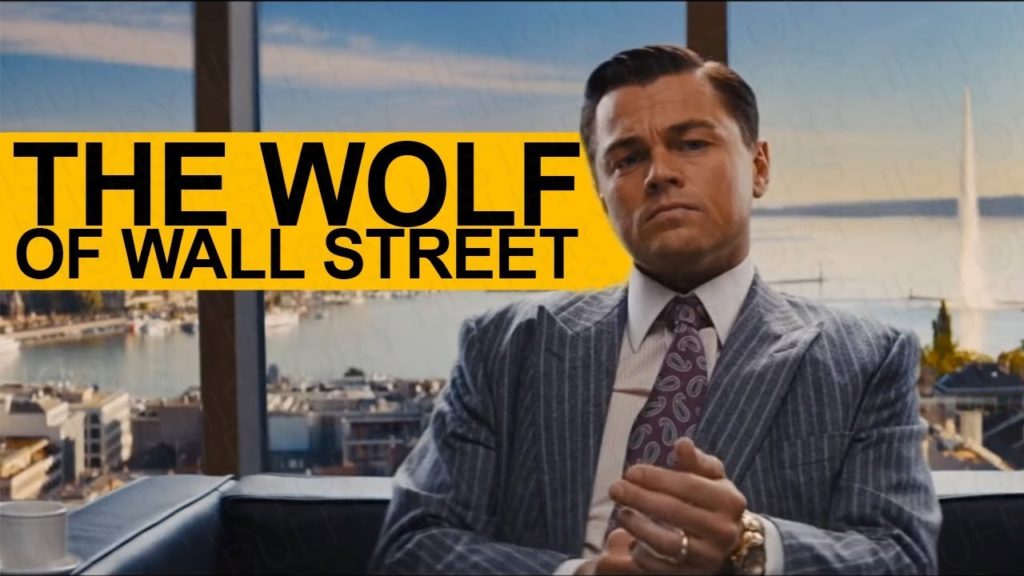 (This is the greatest stockbroking movie of all times. And even if you don’t have any knowledge in stockbroking, you’ll still enjoy and watch this movie with rapt attention)

Plot:
Jordan Belfort starts as a stockbroker. Something that provides him enough money to fall in the dirty hands of sex, nightlife, and drugs. But rather sooner than later, his career ends. Still, he manages to find a new job at a brokerage firm, and he is so good at what he does that he even makes a  small fortune. But that isn’t enough for Jordan.

And after getting acquainted with the deceitful talents of his neighbor, Donnie Azoff, both he and Donnie decide to open their own company – Stratton Oakmont. They even hire some of Jordan’s friends to work for them by teaching them some fraud methods that, later on, generate huge amounts of money for the company.

Nevertheless, Jordan becomes so rich that he starts to care only for himself. He even divorces his wife to marry another woman named Naomi, but their marriage doesn’t have a happy ending. At any rate, the biggest problems for Jordan begin when he makes dozens of millions in just several hours. Jordan transfers his money in a Swiss bank to hide them, but that doesn’t help him in appearing any less fraudulent in the eyes of the FBI.

He travels abroad to escape justice, but, eventually, he gets caught by the FBI. And after being sentenced by the court, he is given a chance to serve only three years in prison, though under one condition. He has to testify against his criminal colleagues, which he does.

But fortunately, Billy meets this young graduate – Peter Brand. Peter approaches Billy with some forward-looking strategies that might transform the whole downfall prospect of the Athletics into victory. Billy likes Peter’s words and puts him on an aptitude test by asking him what steps he would take concerning a game of a past major league.

Peter answers the question, and Billy hires him almost at once. Billy’s assertions to victory are based on sabermetrics that would evaluate the quality of underestimated players. And since the Athletics have a small budget to operate with, this seems like a great plan to Billy. So, after hiring three underestimated players, including an injured catcher, Billy and Peter get nothing but bad criticism from Oakland scouts and hostile opposition from Art Howe (The manager of the team).

But despite the resistance to their strategy, Billy and Peter prove that they are right. And the Athletics even make twenty consecutive wins, which is a new record to the American League Record Board.

I hope that our list of four movies similar to The Big Short has been interesting to you. Now, all you have to do is relax, sit down, and watch some of the greatest finance-based movies of all times.

Besides, no matter which of these four movies you chose to watch, you won’t make a mistake.