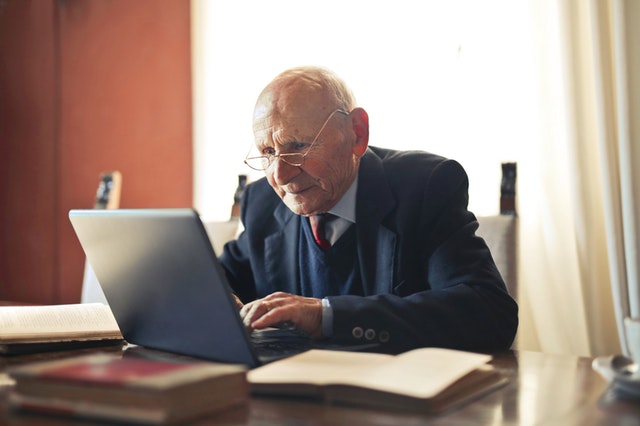 “Because I could not stop for Death – He kindly stopped for me –The Carriage held but just Ourselves –And Immortality.

– (Because I could not stop for death by Emily Dickinson)

According to these lines, death is not something that can be delayed or ignored; it will come to you, embrace you, and will accompany you until you find immortality. Basically, death is inevitable, and that’s the ultimate truth of life. Everyone has to bear it one day or the other.

And there’s nothing “morbid” talking about it. Most people might fear death because of the burden of responsibilities they carry on their shoulders. Now that you are retired, and about to enter the late senior years, there’s one last chore that you need to do.

Yes, you guessed it right. We are talking about streamlining the legal affairs so that your family members and friends don’t have to worry about it after you are gone. That’s the least you can do to ensure that everything related to the estate you owned will work just the way YOU wanted it. Also, after you are gone, the last thing the family and friends would want is to look after the legal formalities.

But, if you have no idea about what to start with, then stop worrying about it. This article contains everything you need to keep the legal affairs in check after the demise.

Imagine this, you just passed away, and your children and everyone you know are fighting about who will get what from the estate. Wouldn’t that be heartbreaking? So, in order to avoid all the conflict, fights, and manipulation, we’ve got a go-to solution that everyone should know about. And that is to draft or prepare the Will.

It is the best way to ensure that everything is done according to your choice. It is a legal document that contains some crucial pointers about how you wish to manage the wealth after the demise. You can put in things like who’ll inherit the property, or who will get what from the estate, or who will have a power of attorney, and who needs to be kept out of the decisions.

Preparing a Will is considered of utmost importance. In fact, according to renowned lawyers, a Will can help in reducing the payable amount of Inheritance Tax on the property, money, and assets you leave behind. It also becomes significant if you have children or someone who depends on you financially. Or it can also be beneficial if you want to donate or leave something to people who do not belong to the immediate family.

Basically, it gives you the power to decide what will happen to the wealth after passing away. Plus, it will also ensure that all the legal proceedings are taking place smoothly and no one has to suffer the legal tensions.

For those who don’t know about what a living trust is, let us clear that up for you.

Suppose you want someone to manage your assets and estate. So, what can you do to legalize that responsibility?

Well, the answer is pretty simple. A document needs to be created in which all the details are mentioned such as, who will be the one to manage the assets. That designated person is known as the trustee. A living trust is prepared to allow for the easy transfer of the estate or assets. It is also an agreement in which it is clearly mentioned that a trustee holds possession of your estate and is legally designated to distribute it the way you or the trustee sees fit.

According to the state law, “When a settlor passes away, his/her assets flow to the beneficiaries as outlined in the trust. Unlike a will, a living trust becomes incapacitated after the death of the settlor. This means that during the lifetime of the settlor, trust doesn’t have to clear the courts to reach the intended beneficiaries.”

Thus, it is just like putting your trust in someone else who will be in charge of the estate and all the assets.

Life is full of uncertainties, and after reaching a certain age, the stakes are a bit higher. So, it would be best if you kept everything organized to ease the confusion that will follow after the demise. For this, the lawyers suggest their clients keep a file that contains all the necessary documents, passwords, and codes. You can also put in some letters for the family members and friends.

Here’s a checklist of things that should be incorporated into the file.

Now, you might be thinking that you know about the basic things to put in the “When I die file,” but what is Ethical Will? Well, it is a type of letter to the younger generation where you instruct them to follow your legacy or family values. Actually, this practice dates back to the time when according to the Old Testament, Jacob orally delivered the first one to his sons around 3500 years ago. So, in a nutshell, it is good if you delivered yours to the generation that comes after so that the family legacies or values carry on after you are gone.

Keeping the legal affairs streamlined is beneficial for your family and friends and keeps you at ease that everything is managed the way you wanted. The idea is to make things easier on everybody because when you are gone, they’ve already lost enough, and it’s the least you can do to ease their pain.

And after you step into the afterword, the only thing that will matter is the love your family members bear for, and by streamlining your legal affairs, you showed them yours.

So, get on to work until it’s too late!